Vancouver – Vancouver Police have released images of a man who pulled a knife on a downtown hotel security guard last month, and are asking anyone who can identify the suspect to call police.

The incident happened on October 27 at around 7:30 p.m., after security for Hotel Georgia asked the suspect, who was loitering in the breezeway of the hotel, to leave the area. The suspect pulled a knife from his jacket and approached the security guard.

“We’ve now obtained surveillance video that captures images of the suspect and the offence,” says Constable Tania Visintin. “Given the time of day and the location of this incident, we believe there may be witnesses who have not come forward. We also believe that people will recognize the suspect and can help us identify him.”

Police are looking for a 20 to 30-year-old man with light skin and is between 5’9 and 6’0 tall. He was wearing a blue rain jacket with the hood up, grey pants, and grey runners. He was carrying an orange drybag backpack. 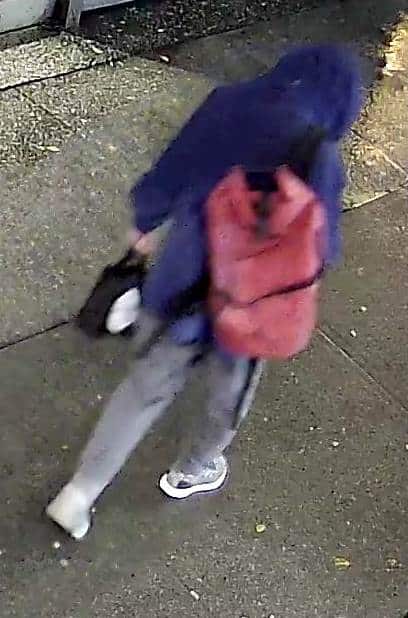