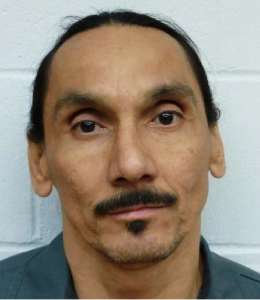 Vancouver Police are requesting help from the public in locating a 54-year-old man who failed to return to his halfway house yesterday and is now wanted Canada-wide.

Kenneth Nolan Kirton failed to report back to his halfway house in Vancouver by his curfew in on June 29. Kirton has a history of committing serious, dangerous offences.

Kirton is Indigenous, approximately five feet five inches tall and about 150 lbs. He has black hair and brown eyes. He was last seen wearing a white shirt, shorts, black shoes and a baseball cap.  He was also seen carrying a small back pack. Kirton has multiple tattoos on his chest, shoulders and arms.

Anyone who sees Kenneth Kirton, or knows of his whereabouts, is asked to call 9-1-1 immediately.