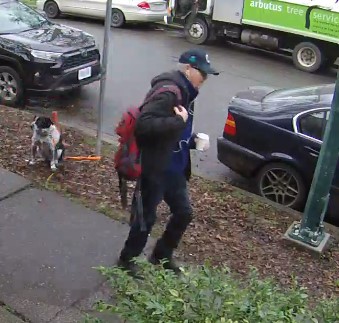 Vancouver – Vancouver Police have released surveillance photos of homicide victim Justis Daniel from the day he was killed, and are now renewing appeals for witnesses to come forward.

“We’re specifically asking anyone who had any contact with Justis on December 9 as well as anyone who was on West 3rd Avenue between noon and 7 p.m. on December 9 to contact our investigators,” says Constable Tania Visintin. “We believe someone out there could have valuable information that can help us solve this case.” 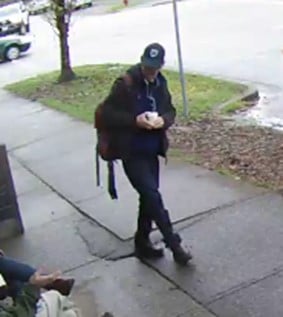 On December 10 at around 11 a.m., Vancouver Police were called after Justis was found deceased inside his home near West 3rd Avenue and MacDonald Street. Police believe he was killed the day prior.

“Through some extensive video canvassing, investigators now know what Justis was wearing the day he was tragically murdered,” adds Constable Tania Visintin. “We are releasing these images with hopes they will jog the memory of anyone who saw or spoke with him that day.”

Investigators are also looking to speak with anyone who has video surveillance systems in their residence or business within the area of West 5th Avenue and Point Grey Road between Larch Street and Trutch Street.

“We want to thank the public for their continued assistance with this investigation. We are asking anyone with information, even the slightest detail, to please call our investigators,” adds Constable Visintin.