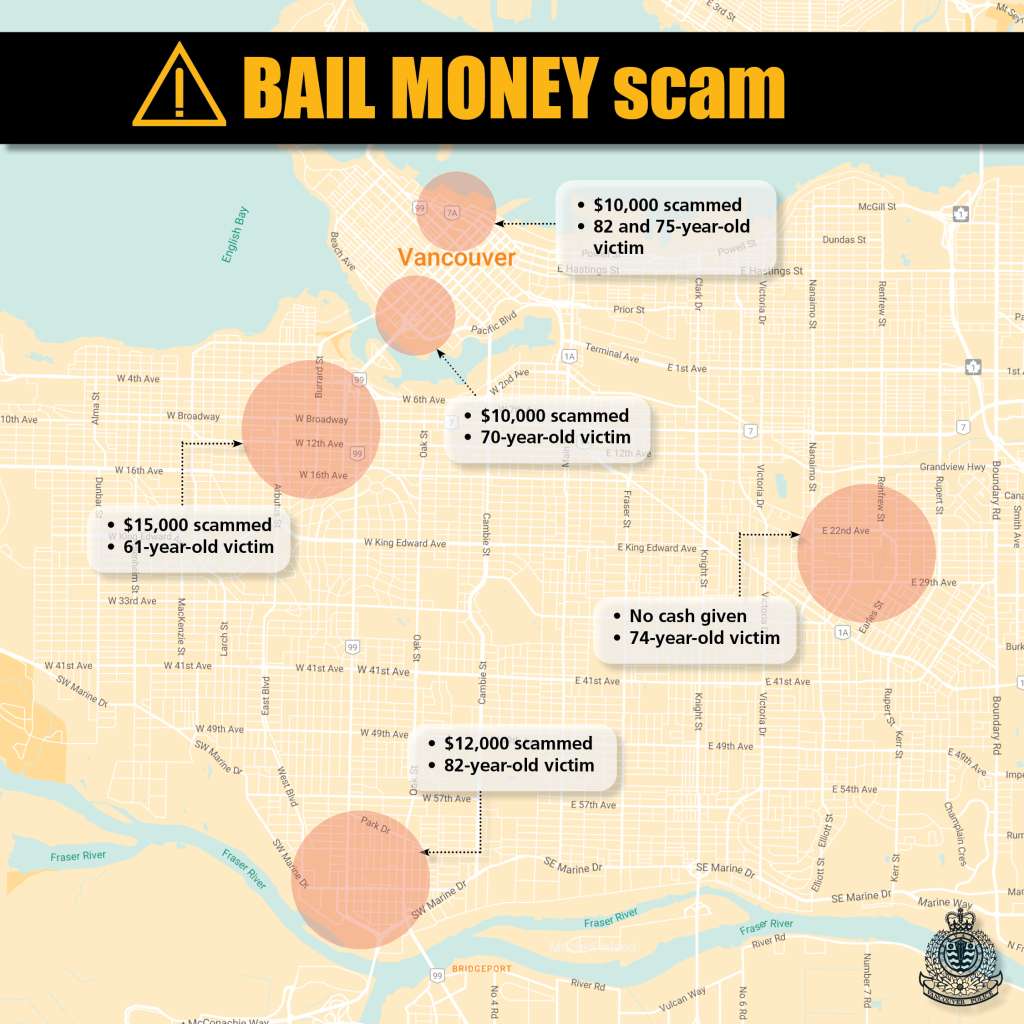 Vancouver – Vancouver Police are renewing warnings to seniors and their families after a familiar scam resurfaced this week.

Fraudsters posing as police officers have scammed tens of thousands of dollars from seniors this week alone by convincing their victims to hand over bail money for a loved one who’s been arrested.

“This is a new variation of a scam VPD first told people about earlier this year,” says Sergeant Steve Addison. “These fraudsters are still finding success by preying on vulnerable people and convincing them a loved one is in jail.”

So far this week, VPD has received five reports from seniors who have either been scammed or have been contacted by the scammers.

“We believe there are a number of scammers who are working together, and likely using social media to mine personal details about their victims,” adds Sergeant Addison. “The scammers often know the names of the victims’ family members, and in one recent case knew that a victim’s relative was on vacation in another country.”

“Often the scammers will convince their victims not to talk to others by suggesting there is a gag order in place, or by telling them to use a code word when they’re handing over cash.”

Vancouver Police encourage anyone with information about this scam to come forward immediately.

If it’s a crime in progress or if there is an immediate safety concern, please call 9-1-1. If the suspect has already left, please call the non-emergency line at 604-717-3321.