Home » News » Police search for SUV in Hit and Run

Police search for SUV in Hit and Run

Police search for SUV in Hit and Run 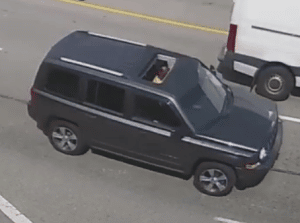 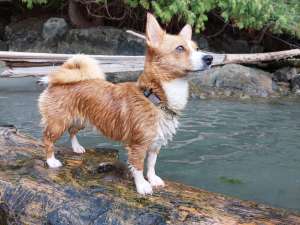 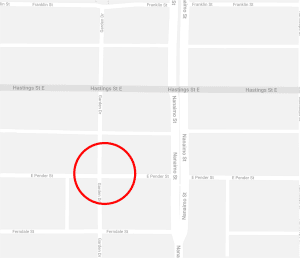 Vancouver – Vancouver Police are asking for the public’s help in identifying the driver of an SUV that struck a woman and her dog in East Vancouver, killing the dog.

Just before 1 p.m. on August 20, a woman was walking with her dog on a leash along Garden Drive at East Pender Street. As they were crossing the intersection, a grey SUV quickly approached from East Hastings. The vehicle made a left turn onto East Pender Street running over the dog and making contact with the woman in the crosswalk. The driver sped off and was last seen driving towards Nanaimo Street.

“Based on the information collected so far, there is no question the driver of the SUV knew he hit the dog and its owner,” says Constable Jason Doucette. “Luckily the owner suffered only minor injuries, but the loss of one-and-a-half-year-old Tobi has been devastating for the family.”

Investigators have located a photograph of the suspect vehicle driving along East Hastings Street just before the collision. The vehicle is described a dark grey SUV, likely a Jeep Patriot.