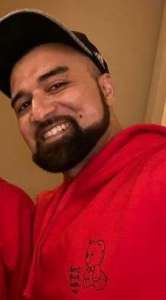 Vancouver – Vancouver Police are requesting help to locate a missing 40-year-old man who disappeared more than a week ago.

Hardeep (Dee) Bassram was last seen at his home near West 12th Avenue and Granville Street on August 19.

Mr. Bassram is South Asian, six feet tall, 175 pounds, and has a muscular build. He also has short black hair that is receding and a short-cropped beard. He was last seen wearing a red hoody with the outline of a teddy bear on the left chest, a black baseball hat, red and black Nike runners, and was carrying a dark blue backpack.

Mr. Bassram’s disappearance is out of character and police are concerned for his safety. Anyone who sees Mr. Bassram or knows of his whereabouts is asked to call police.